You are here: Home / Charm School / Etiquette / A Handwritten Letter is a Blessing
Disclosure: Some of the links below are affiliate links, meaning, at no cost to you, I will earn a commission if you click through and make a purchase. Thank you for supporting ModernRetroWoman.com!
60 shares 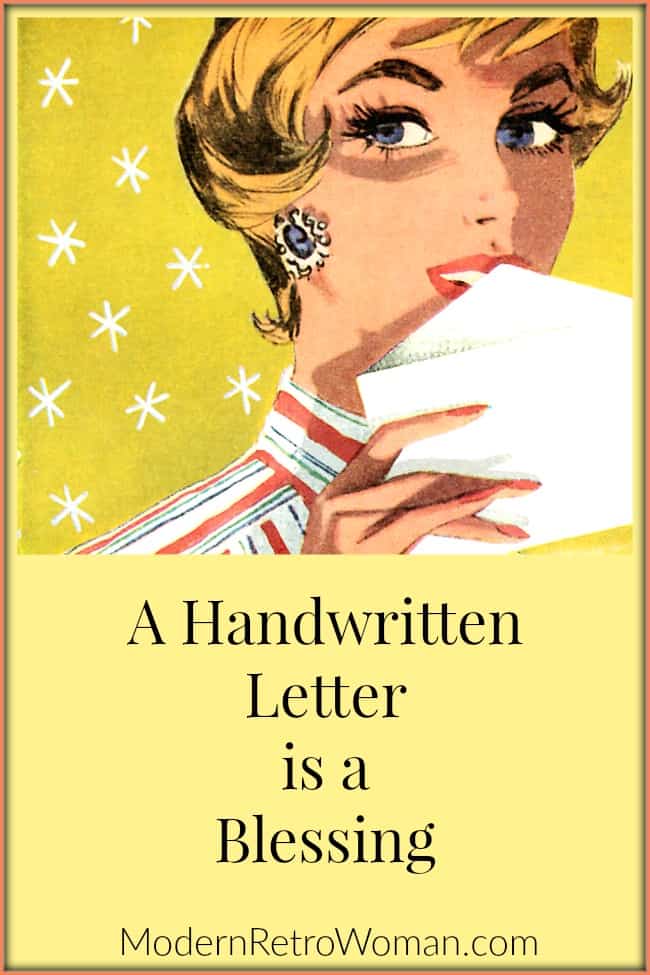 Last week, I received a thank you note from a retiring colleague.  That may seem like a run-of-the-mill thing but this colleague thanked me for sending him a hand written letter.  Apparently, everyone else sent him an email when they heard the news of his retirement.  I was the only who sent him a handwritten letter thanking him for the impact he made on his thousands of students and his service to the university.  He was touched that I would take the time to send him a letter via snail mail.

The Benefits of a Handwritten Letter

I don’t write handwritten letters as often as I should.  And I know I’m not the only one.  It is getting harder and harder to find real stationary in the brick and mortar stores.  The last time I went to my local Hallmark store, there was only one box and it had obviously been opened with half of the sheets and envelopes missing.  And the other stores where you would expect to find stationary only sell note cards or letterhead ready paper.

Perhaps I feel like the people I would write letters to–primarily my sisters–already know all about what is going on with me because we communicate so frequently through texting and Facebook.

All I know is that we all send emails, text messages, and use social media every day.  But a handwritten letter lets people know how important they are to us.

What keeps you from sending handwritten letters?  Share your thoughts in the comments.

To your fabulous Technicolor life!

Image:  Detail from a 1957 Stork Margarine ad courtesy of Totally Mystified on Flickr.com