You are here: Home / Charm School / Glamorous Lifestyle Project / Hollywood Style Image Management
Disclosure: Some of the links below are affiliate links, meaning, at no cost to you, I will earn a commission if you click through and make a purchase. Thank you for supporting ModernRetroWoman.com! 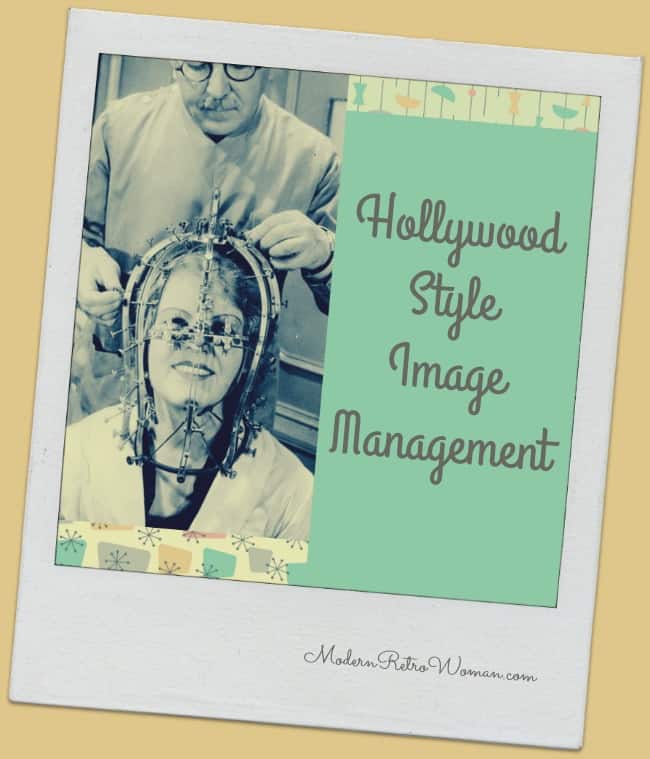 According to glamour guru Eleanore Brody King, Hollywood studios in the late 1930s could “take an awkward, ill-at-ease person and in three months change her into a creature of poise and radiance.”  She should know.  She was one of the people who worked for the studios to help with the transformations.  And, as we now know, the studios worked hard to create images for their stars and would do everything in their power to maintain those images.  It is called “image management.”

Our Glamorous Whole Life Makeover goals may be a bit different than the studios’ goals. For us, the old-Hollywood style of image management is about (re)claiming the power of the woman we want to be.  It is proclaiming “this is who I am and what is important to me!”  It is about examining the symbiotic relationship between our own self-image and whether that is being projected to the world.  We are working from the inside out…while simultaneously working from the outside in.

Whether we like it or not, we need to always keep image management on our radar.  We don’t do it to be shallow or obsessively worried about what other people think about us.  No, image management provides feedback to us regarding whether we are achieving our goals or not.  For example, I am participating in a leadership initiative at work and we had one of our monthly all-day meetings last Friday.  As I looked around the room at the thirty or so participants, I took note of who was dressed similarly to the top-level administrators facilitating the workshop and who was dressed in jeans.  It was obvious by the way we were dressed and how others were deferring to each other, that some of us already viewed ourselves–and were viewed by others–as leaders.

Some people make comments about how I’m always overdressed for an academic environment.  And, you know what?  It would be easy for me to start wearing jeans to work every day like almost everyone else around me.  But, I have a personal image that I want to maintain based on mid-century values.  And, so far, it seems to be helping me achieve my professional goals.