You are here: Home / Charm School / Glamorous Lifestyle Project / How to be Mysterious
Disclosure: Some of the links below are affiliate links, meaning, at no cost to you, I will earn a commission if you click through and make a purchase. Thank you for supporting ModernRetroWoman.com!
4583 shares 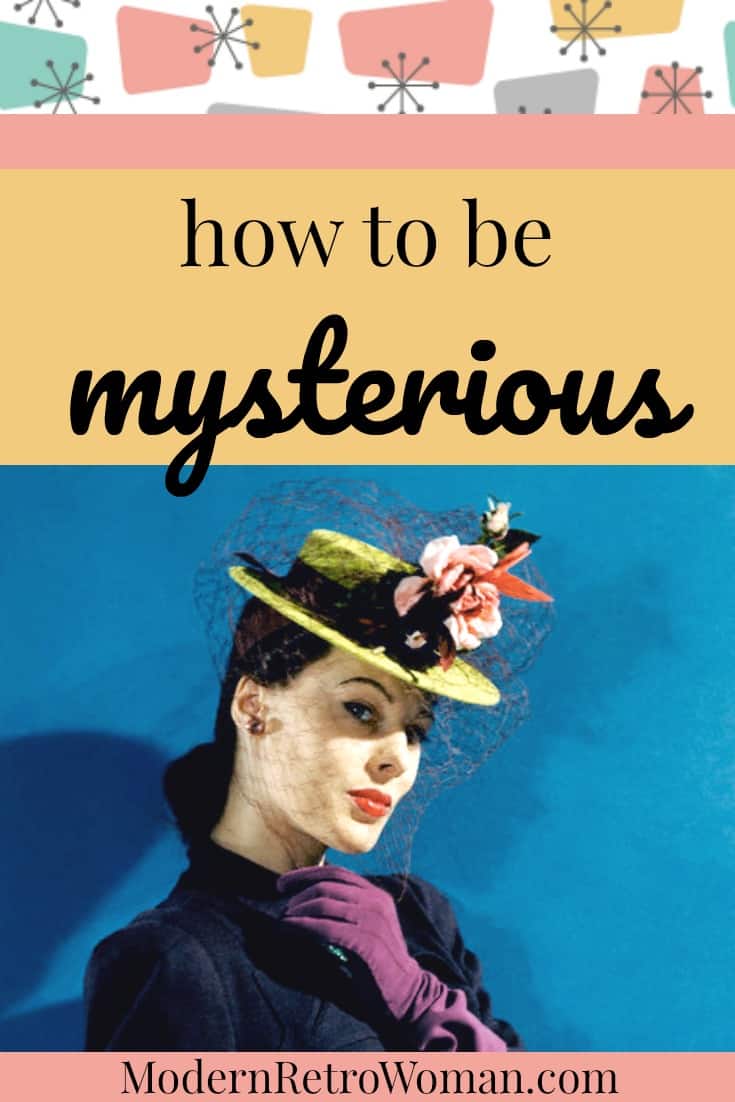 I long for the old days of Marilyn Monroe and Audrey Hepburn, stars who had real glamour and mystique. We only knew so much about their lives; the rest was a mystery. —Pixie Lott

In the comments for my last post on the importance of being mysterious, the question was raised about finding the balance between being authentic and being mysterious.  I want to clarify that I don’t think to be mysterious means being fake.  But, I don’t think we have to expose every bit of ourselves up to the light for examination in the name of authenticity.  I don’t walk around naked so that people can see what my figure really looks like.  No, I try to wear clothes that make me feel beautiful.  It’s the same way with the rest of your life–just because it is authentic, doesn’t mean it has to be exposed.  So, here are my ideas on how to be mysterious while also being authentic.

How to Be Mysterious

Those are some ideas that came to my mind.  Do you have any others?

Image courtesy of Kristine on Flickr.com.