You are here: Home / Home Ec 101 / How to Sew / What to Wear / Flattering Styles / How to Eliminate that Saddle Bag Look
Disclosure: Some of the links below are affiliate links, meaning, at no cost to you, I will earn a commission if you click through and make a purchase. Thank you for supporting ModernRetroWoman.com! 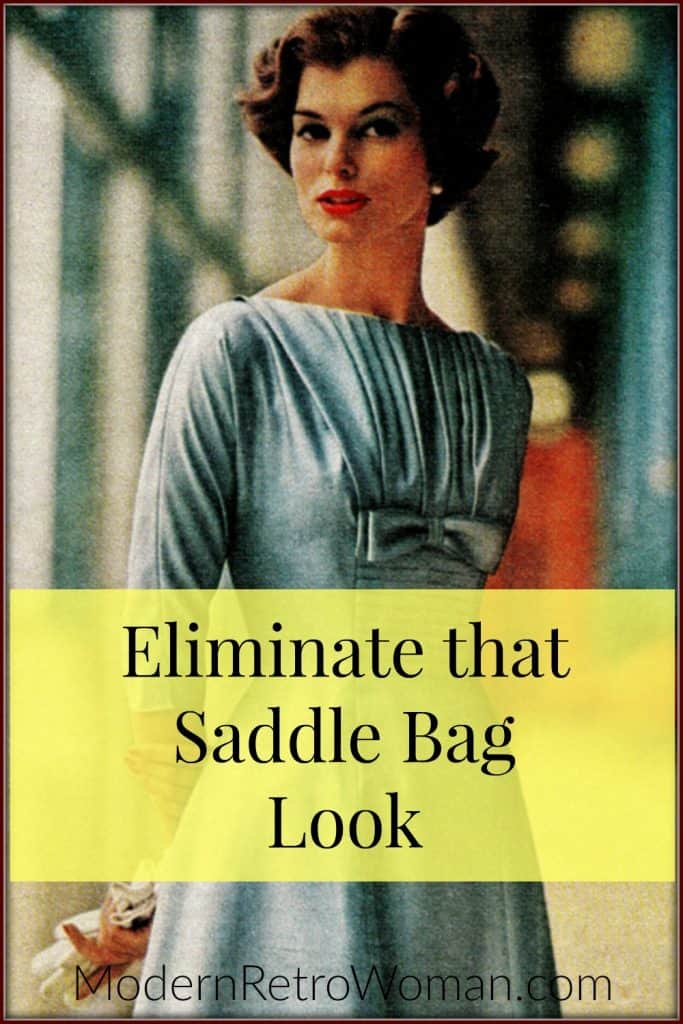 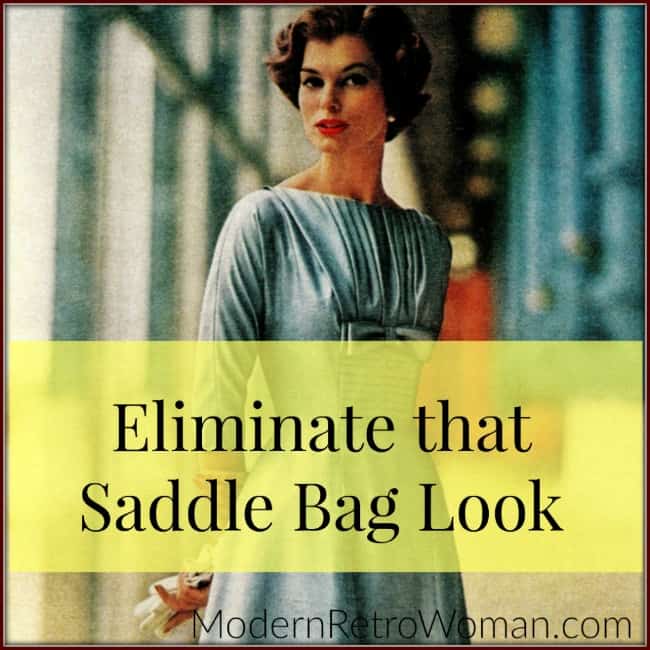 Clothes that accent the width of the shoulders are flattering to [pear shaped] hips because they balance the low hip width and counteract the tendency of this figure to look underslung. ~ Emmi Cotten (Clothes Make Magic, 1949)

Saddle bags?  Really?  I guess there could be worse descriptions for what we call “pear shaped” nowadays.  Whether we call the triangular hipline saddle bags or pear shape, the overall impression is one of being bottom heavy.  And not in the way that pop stars sing about.

We can eliminate that saddle bag look by providing visual balance.  This is accomplished by helping the viewer’s eyes move up and away from the hipline.  You might say we are trying to create a faux hourglass look.

How to Overcome a Bottom Heavy Look 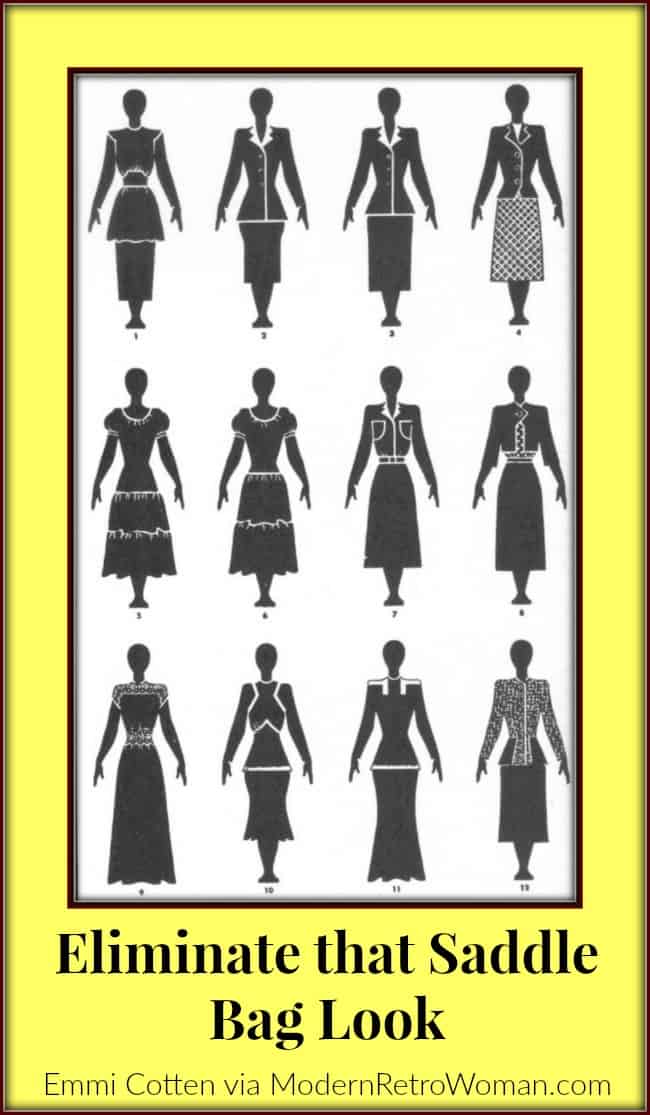 Women with triangular hips tend to have a “low slung” look to them that can give them the appearance of having a “squatty body.”  Here are some strategies to eliminate that saddle bag look: 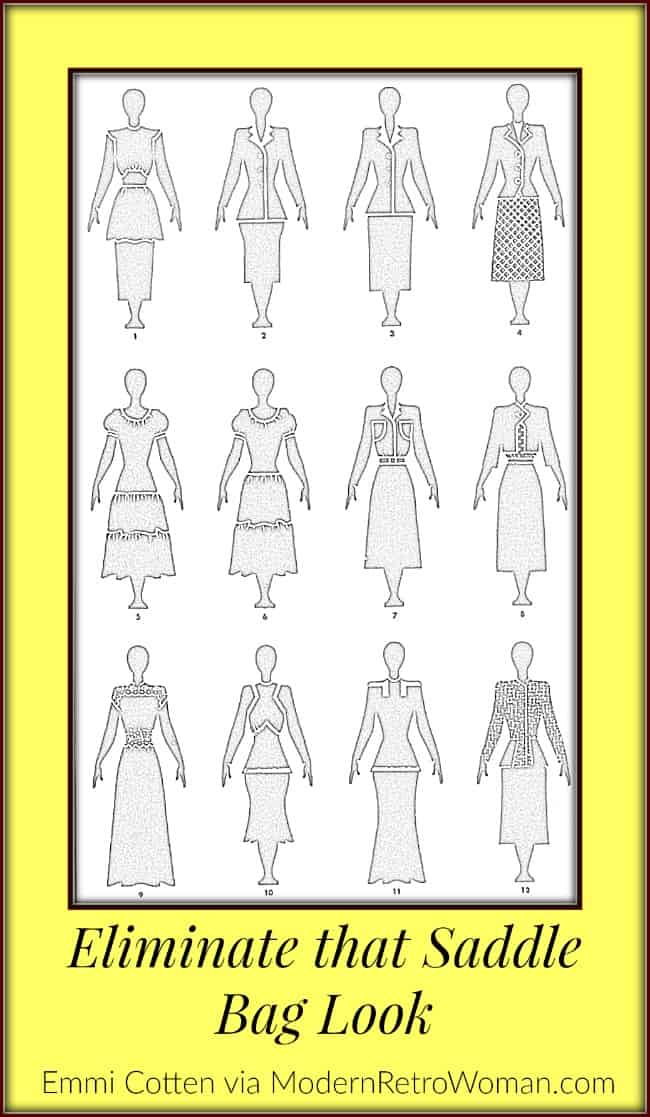 Use Optical Illusion to Your Benefit

The primary issue with a “pear shaped” figure is that it kind of resembles an upside down cross.  Gravity and a sedentary life can also result in what used to be called “secretary spread.”  By using the strategies outlined above, the horizontal line can be minimized to achieve a balanced optical illusion and you can wear clothes that make you feel beautiful now instead of wishing you had buns of steel.

Do you have a pear shaped figure?  What works for you?  Have you had a fashion disaster?

To your fabulous life,