You are here: Home / Technicolor Life / Wise Words of the Day / How to Let Go of the Need to Be Right
Disclosure: Some of the links below are affiliate links, meaning, at no cost to you, I will earn a commission if you click through and make a purchase. Thank you for supporting ModernRetroWoman.com! 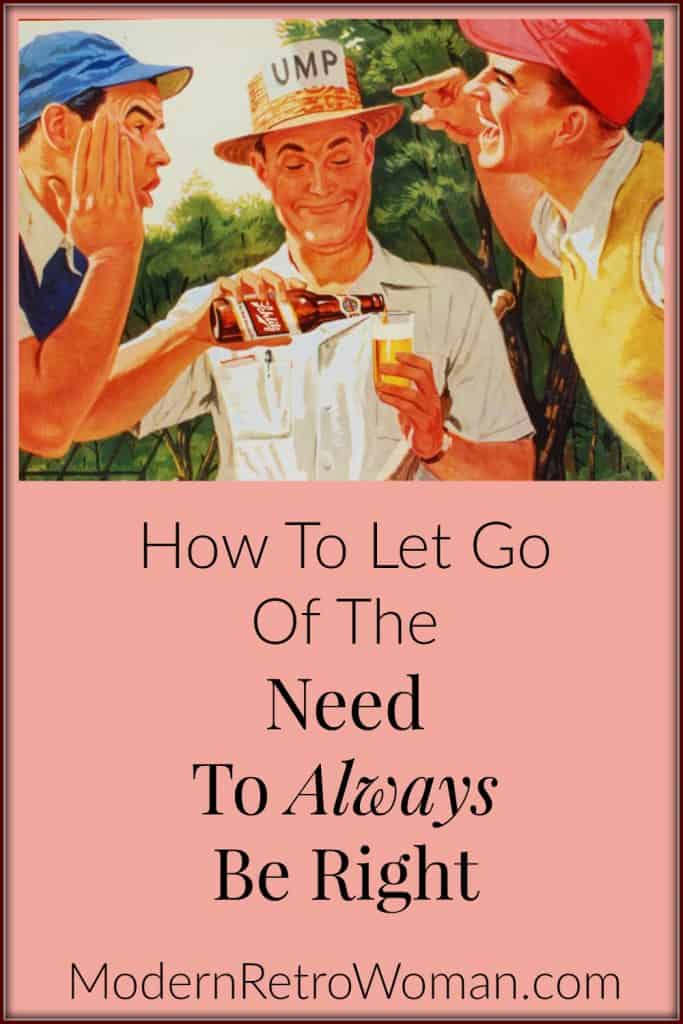 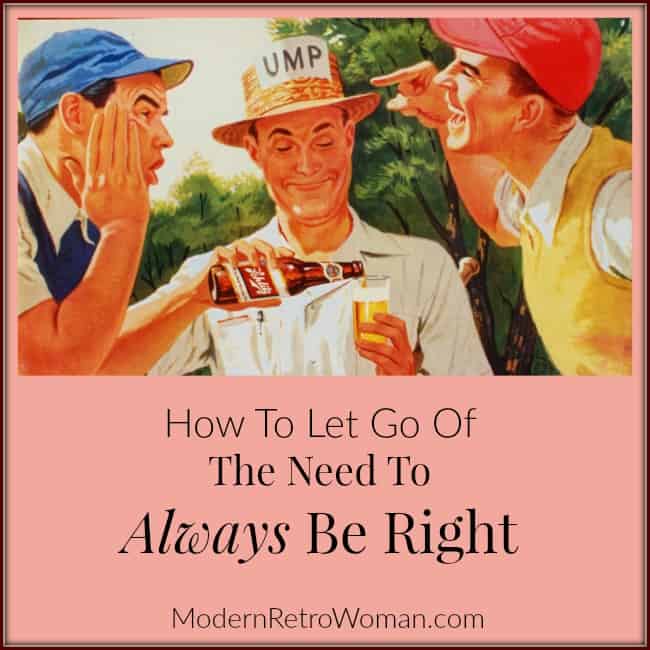 Some people are so constituted that they would rather lose a friend than an argument.  Be yourself, simple, honest and unpretending, and you will enjoy through life the respect and love of friends. ~Harold Sherman

Have you ever encountered the person–most often on social media–who just won’t let go of an argument?  She just keeps at it and at it like some sort of mad dog with a chew toy in an effort to prove that she’s right and everyone else is wrong.  She just can’t let go of the need to be right.

If you’re like me, you just kind of back out of the space slowly and start avoiding her.  I know that no matter what I say or do, there is going to be an argument.  It’s as if her entire identity is based upon her need to be “right.”  Always.  About everything.

Even if we aren’t “that person,” we still may fall into the trap of needing to right to the detriment of our relationships.  Our gracious living mentors remind us that there are times when our relationships are more important than being right.

How to Let Go of the Need to Be Right

Do You Want to be Right or Happy?

Back in the dark ages of graduate school, I would spend a lot of my time having to prove my point in papers and during discussions in class.  I could cite research like nobody’s business to prove that my take on a situation was correct.  Unfortunately, that behavior spilled over into my non-academic life.  One time I got into an argument with a friend and went for the jugular by invoking all sorts of research to back me up.  I’ll never forget her response.  Instead of saying to me that she had seen the light and was now seeing things my way, she accused me of using my schooling as a weapon against her.  I was taken aback when she basically held up a mirror so that I could see that I had forgotten how to be compassionate.  I had forgotten how to be a friend.

Wayne Dyer once said, “Let go of your ego’s need to be right. When you’re in the middle of an argument, ask yourself: Do I want to be right or be happy?”

Being “right” is like a drug for our egos.  The satisfaction quickly fades away.  But friendships can bring fulfillment that will last a lifetime.  Our mid-century gracious living mentors never encountered the landmine of social media but their wisdom holds true just the same.

Let’s make the world a better place by letting go of the need to be right.

What strategies do you use when you find yourself trapped in a “need to be right” situation?  Share your ideas in the comments.

Have a fabulous Technicolor day!