You are here: Home / Technicolor Life / Wise Words of the Day / How to Reclaim the “Can Do” Spirit
Disclosure: Some of the links below are affiliate links, meaning, at no cost to you, I will earn a commission if you click through and make a purchase. Thank you for supporting ModernRetroWoman.com! 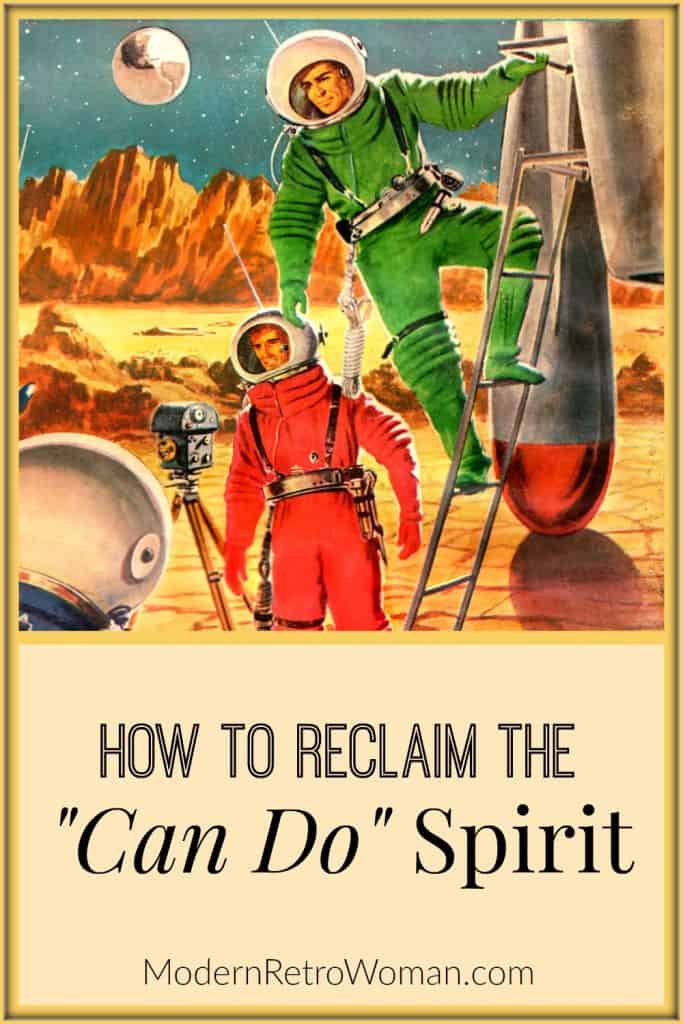 The man who says, “It can’t be done, ” is liable to be interrupted by someone doing it. ~ Unknown

Lately, I’ve been bombarded by people telling me that I can’t do things I want to do.  I can’t put a program in place even though it will benefit students.  I can’t do something else because “that’s not how things are done around here.”  I can’t do a certain type of transaction even though I did the exact same transaction in the same store just three days prior.  And on it goes.  I’m feeling frustrated and tethered.  What ever happened to the “can do” spirit that was so prevalent during the mid-20th century?

The world is full of very cynical people telling us why we can’t do something.  They’ll tell us that they are just being “realistic.” I can’t help but think that all of that snark and pessimism and violent entertainment constantly assaulting us has left us feeling helpless instead of powerful. But it doesn’t have to be that way.

When President John F. Kennedy announced that America was going to put a man on the moon, we got to work to “make it so.” (That last part was for my fellow ST:TNG fans)  And we did!  In my grandfather’s lifetime, man went from not being able to fly to being able to live in space for extended periods of time.

If you’re just as frustrated as I am, here’s how we can reclaim that mid-century “can do” spirit in our own lives:

Turn Off the Talking Heads

Now, don’t get me wrong.  I’m not saying that it is a bad thing that a corporation is trying to make money.  They just won’t get my money.  I’m refusing to go along with what they are selling.  It is too toxic for me.

Be Alert to Dream Killing Friends

The “can do” spirit requires a certain level of risk taking.  We have to be willing to try new things that others say can’t be done.  And that can be downright scary for our low-risk taking friends and family members.

Listen, our low-risk taking friends are only trying to be supportive when they tell us we should pull back on our “can do” ideas.  In their minds, they are keeping us from unnecessary pain and suffering.  What they don’t realize is that they are actually tethering our ability to soar.

The solution to counteracting the impact of our well-meaning but dream killing friends is to keep them on a “need to know” basis about our goals and dreams. 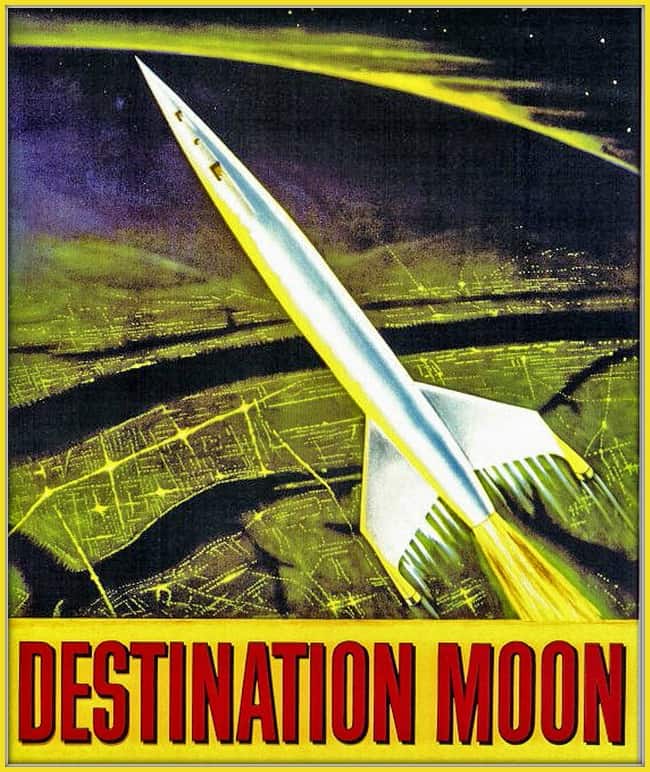 When President Kennedy announced his plans for space exploration, scientists broke the goal of landing on the moon down into smaller tasks and goals.  They examined the task from multiple points of view–rockets, heat shields, space suits, etc., etc., etc.

We should follow the same strategy in our own lives.  For example, we may not be able to get healthy overnight but we can focus on incorporating healthy habits every day.  As we keep building on those habits, we’ll keep getting healthier and healthier every day.  And before we know it, we are living a healthy lifestyle.

Build Your “Can Do” Muscle

I’ve noticed that a major difference between the mid-century mindset and now is a total lack of persistence.  We live in an instant gratification culture.  We haven’t built up our “can do” muscles by overcoming obstacles and being committed for the long-haul when the payoff is nowhere in sight.

To develop the “can do” spirit, we have to mindfully work at building it just as if it were a muscle.  It really is a “if we don’t use it, we lose it,” situation.  So, even if we want to give up on a goal or take a day off, we have to remind ourselves to keep at it….that we CAN do a little bit more each and every day in order to achieve our goals.

And, we also have to recognize the small victories along the journey to achieving our big goals so that the “can do” spirit gets stronger and stronger.

I’m feeling frustrated by people around me telling me what I can and cannot do.  But, you know what?  Only *I* know for sure what I’m capable of doing or being.  I have nothing to prove to anyone else but myself so it is up to me to dig down deep and reclaim the “can do” spirit within me.

I have to keep reminding myself that I’ve done it before and I can do it again.  After all, if I had listened to conventional wisdom 25 years ago, I never would have achieved my dream of earning a Ph.D. in Educational Psychology and becoming a professor.

How will you build your own “can do” muscle?