You are here: Home / Technicolor Life / Wise Words of the Day / Life is Meant to be Lived
Disclosure: Some of the links below are affiliate links, meaning, at no cost to you, I will earn a commission if you click through and make a purchase. Thank you for supporting ModernRetroWoman.com!
27 shares 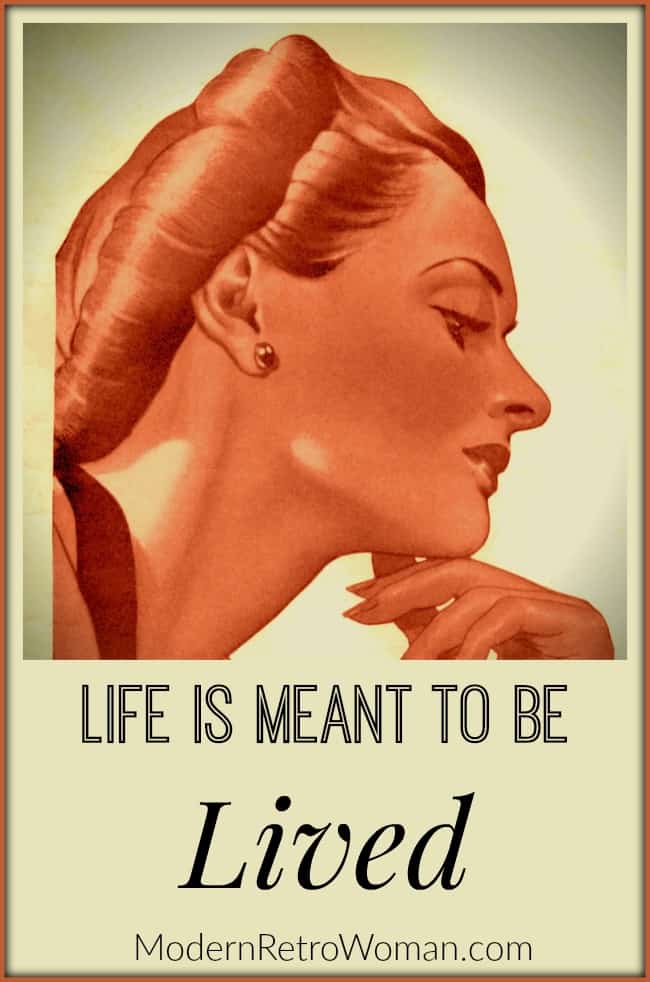 “With every rising of the sun, think of your life as just begun.”  – Unknown

When I was a teenager, I read an article in one of my grandmother’s women’s magazines that confused me.  It warned that people who live in the past are robbing themselves of their own happiness.  I didn’t understand it then, but I do now.  Life is meant to be lived in the present with each new day filled with new things to experience.

They say that hindsight is 20/20.  And, when we look back on choices that we made, we often think that we’d make a different choice than the one we did.  But the truth of the matter is that we made the best choices we could at that time based upon a bunch of factors.  Perhaps they weren’t the wisest choices but we can’t be sucked into the “if only I had made a different choice, I would be living happily ever after now.”  We don’t know that for sure.  We imagine it to be but “if onlys” prey on fantasies rather than reality.

When I met The Mister, I was casually dating my brother’s best friend.  I broke it off with “Joe” when I went home for Thanksgiving.  About 20 years ago, The Mister and I were having marital difficulties and I got sucked into the “if only I had stayed with Joe” fantasy.  Fortunately for me, Joe was at my brother’s wedding when he remarried.  I’ll admit that I was a bit nervous at seeing him but as we got reacquainted over dinner at the reception, I began to realize how very different my life would have turned out if Joe and I had worked out.  Don’t get me wrong, Joe is a great guy but he wasn’t the right guy for me (which probably makes his lovely wife and their kids very happy).  Seeing him again confirmed that I had, indeed, married the right guy for me.

Don’t let the “if onlys” prevent us from seeing the beauty in our present lives.

Women are notorious for “needing closure.”  All too often we make a situation worse in our efforts to obtain that elusive closure.  We tell ourselves that we just want to know why something happened so that we can move on.  But in actuality, seeking closure is a way of staying emotionally invested in a situation so that we don’t have to move on.  It allows us to cry into our drinks during a girls’ night out.

But we have to deal with the reality that sometimes we won’t get the desired “closure.”  We may never find out what went wrong.  So, instead of seeking closure, we need to focus on moving through the mourning process so that we can start embracing life again.

Besides, we don’t ever want to “that friend” that just won’t let something go.  Eventually no one wants to be around her anymore because the conversation is always the same about how she just wants closure.  Just let it go and start living again. 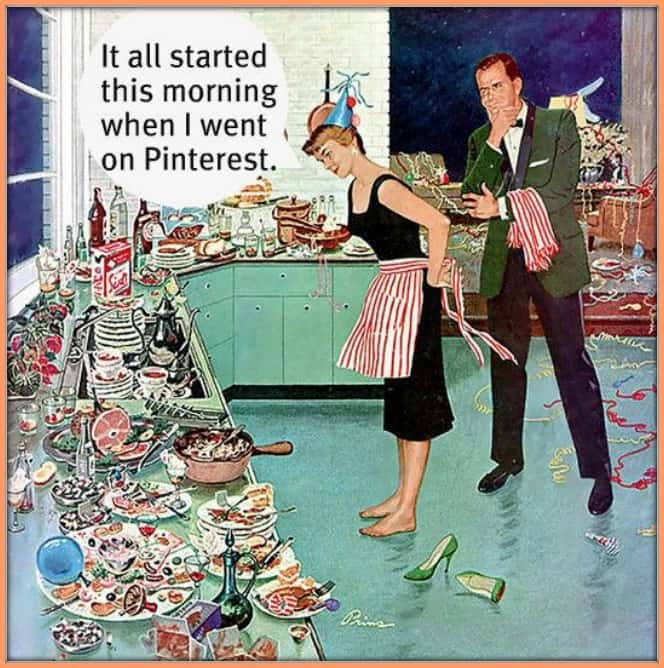 Step Away from Life Sucking Activities

People in my generation often make disparaging comments about how young people today spend all of their time looking at their phones.  And, yet, how many of us spend hours on screen time every day binge watching television shows or being outraged by something we read on social media?  Or laugh with understanding at the Pinterest meme where our children and significant others’ are neglected while we are lost in Pinterestland for hours at a time.

We laugh at those memes but there is an element of truth to them.  Don’t get me wrong.  I’m not saying that screen time is evil.  I am grateful that Facebook allows me to interact with my family in ways that I wasn’t able to do the first time I lived thousands of miles away from them.  Now I can watch videos of my youngest niece’s dance recitals mere minutes after she has performed.  It isn’t quite the same as being there but it helps with the disappointment of not being able to see her in person.

What I’m talking about is when screen time is a place to avoid having to deal with our real lives.  When we become emotionally involved with a character on television (and even “reality” tv is semi-scripted) or spend hours on social media instead of interacting with those around us, then it is a problem.  We need to ask ourselves what we are trying to avoid by spending so much time staring at a screen (and, dare I say it, my beloved books can be a problem, too, if I’m escaping into them instead of living my own life).

In our modern world, it is way too easy to avoid actually living in the present.  We allow ourselves to be sucked into the “if onlys” or the desire for closure when it is not forthcoming.  Or, we escape into what The Mister calls “The Box” filled with flashing lights and pretty pictures.

But life is worth living.  And each day brings with it the promise of new and exciting adventures.

“He Has a Plan” (Pinterest Meme) illustration courtesy of X-ray Delta One/James Vaughn on Flickr.com