You are here: Home / Home Ec 101 / Home Cooking / Recipes / updated vintage recipe / Luscious Ham-Chicken Bake {Vintage Recipe}
Disclosure: Some of the links below are affiliate links, meaning, at no cost to you, I will earn a commission if you click through and make a purchase. Thank you for supporting ModernRetroWoman.com! 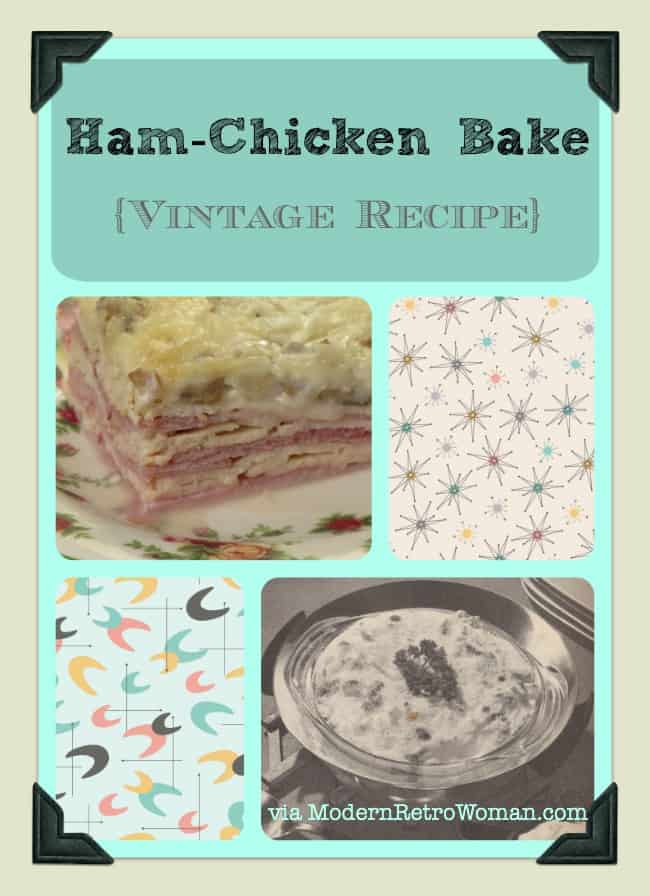 This Better Homes & Gardens Prize Tested Recipe, from the May, 1955, issue, comes to us courtesy of Mrs. Francis D. Lewis from Brackney, Pennsylvania.  Mrs. Lewis tells us that this Ham-Chicken Bake is the perfect recipe for when you want an easy company meal.  And, easy it is!  It really is just about layering some ham and chicken slices and then pouring the quick-to-make white sauce over it.

One of the things I’ve been noticing as I’ve been browsing mid-century “company” recipes and watching Julia Child’s early episodes of The French Chef  is that the meals really weren’t as fancy as we think they were. I’m wondering when we started thinking that dinner for company meant something elaborate and over the top and hours in front of the stove growing bitter or anxious by the minute.  Just something to think about.

I’ve updated the recipe to use low-sodium sliced ham and chicken from the deli.  Trust me, you’ll want the low-sodium version because the regular versions of the deli meat are just too salty tasting when you are having it this way.  And, do you really want to be retaining water for what seems like weeks?