You are here: Home / Home Ec 101 / How to Sew / What to Wear / Flattering Styles / How To Make Your Waist Appear Smaller Than It Is
Disclosure: Some of the links below are affiliate links, meaning, at no cost to you, I will earn a commission if you click through and make a purchase. Thank you for supporting ModernRetroWoman.com!
174 shares 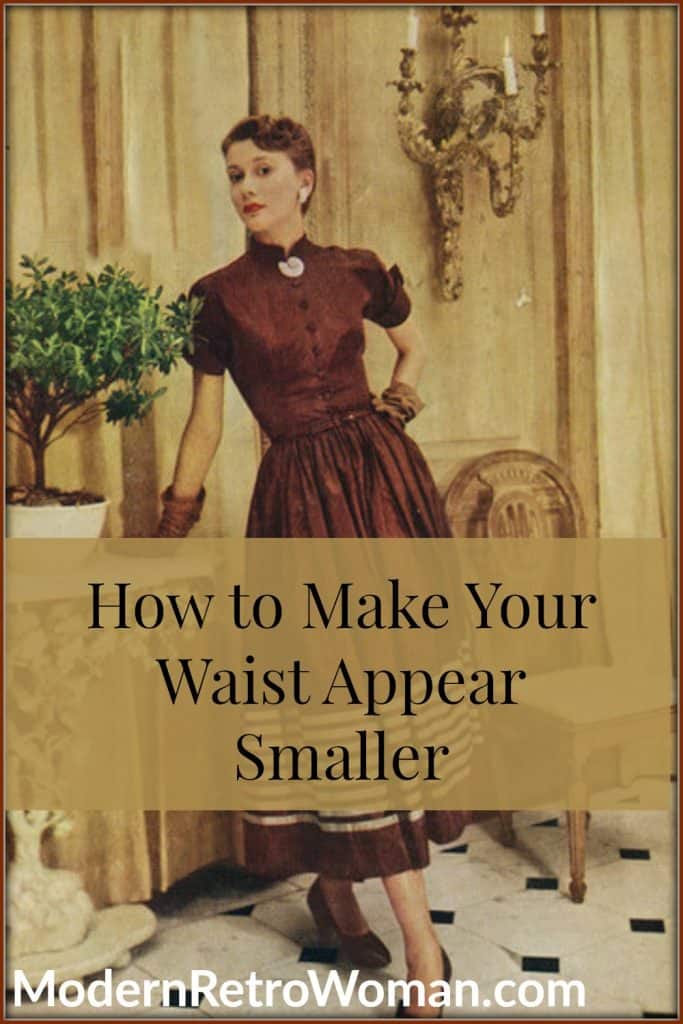 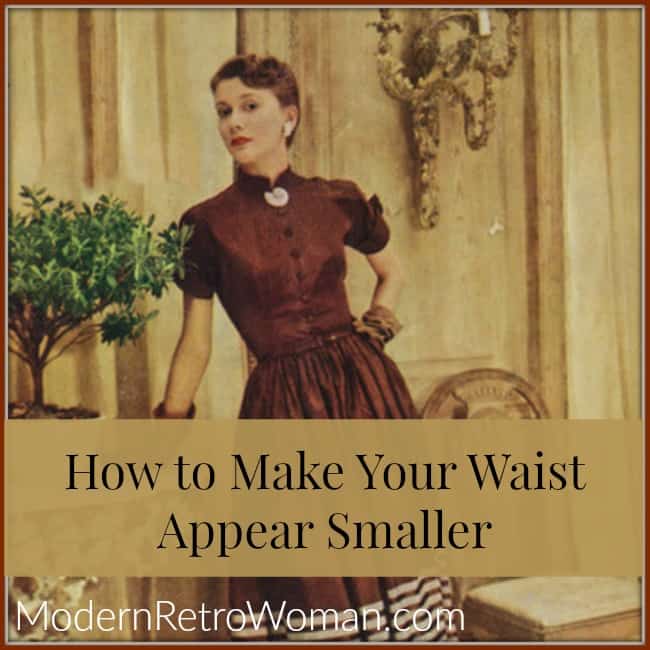 Have you ever tried on a midcentury dress that fits beautifully everywhere—except for the waist? You are not alone. Believe it or not, the hourglass figure that was so prevalent in the 1950s is disappearing. Researchers are still trying to figure out why women’s waistlines are starting to resemble men’s straight up and down figure. But, this post is about how to give the illusion of an hourglass figure–how to make your waist appear smaller–if you have a more modern body composition. 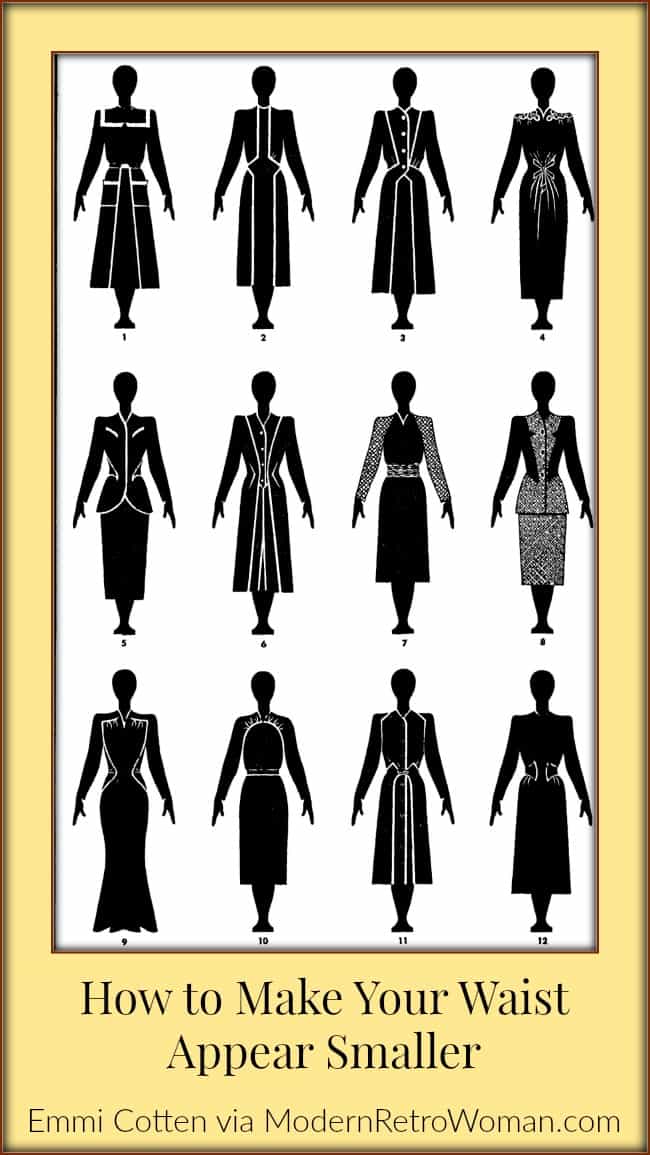 Why am I telling you this? So that you don’t wonder why clothing looks so different on modern figures compared to the iconic midcentury looks. Simply put, our body composition is different.

But that doesn’t mean we can’t give the illusion of an hourglass figure! Here are some strategies for achieving the look with a non-hourglass figure:

How to Make Your Waist Appear Smaller 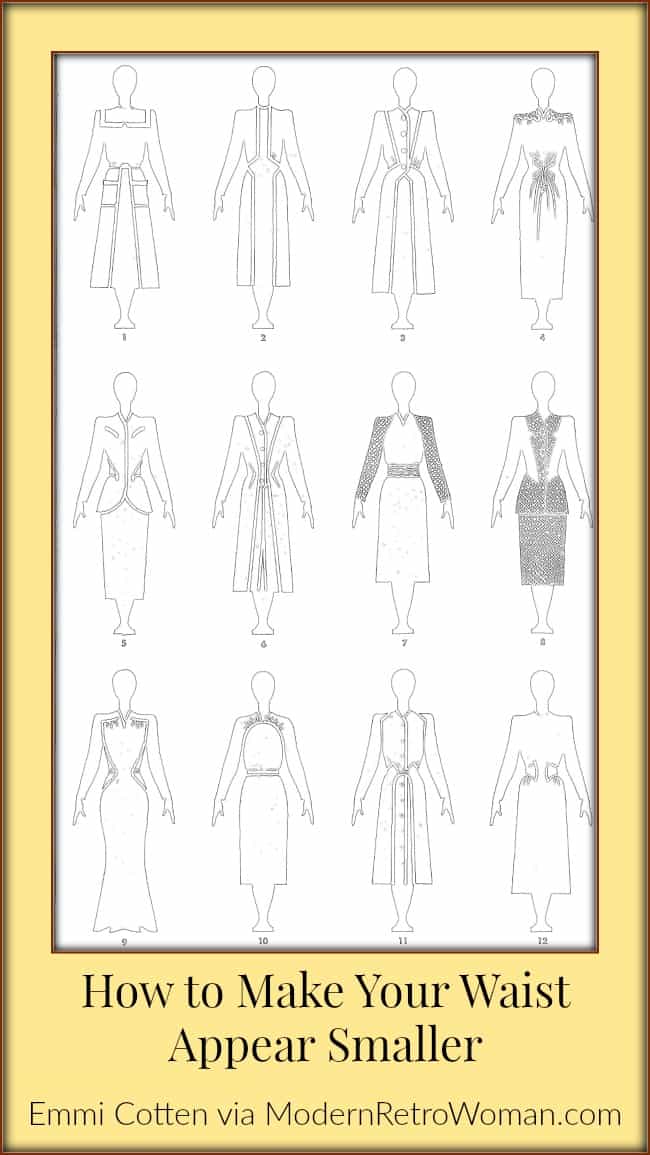 Say “No” to Corset Waist Training

As we get older, our waists start losing their definition.  We really start to notice it during and after menopause.  This loss of definition may give the impression of being out of balance or heavier than we really are.  Fortunately, with the help of our clothing choices, we can regain visual balance without having to resort to corset waist training!

Some researchers theorize that the change in women’s exercise habits is the reason women’s waists are more “up and down” than they were 50 years ago.  Do you agree?  Why or why not?  Have you experienced it with your own figure?

To your fabulous life!

Resource: Clothes Make Magic by Emmi Cotten, 1949, New York: E.P. Dutton & Co, Inc.  (This is an Amazon.com affiliate link.  If you click on the link and decide to buy the book, Amazon will pay me a small finder’s fee.  Thank you for supporting Modern Retro Woman in this way!)