You are here: Home / Home Ec 101 / My Early Interest in Retro/Vintage Ideals
Disclosure: Some of the links below are affiliate links, meaning, at no cost to you, I will earn a commission if you click through and make a purchase. Thank you for supporting ModernRetroWoman.com! 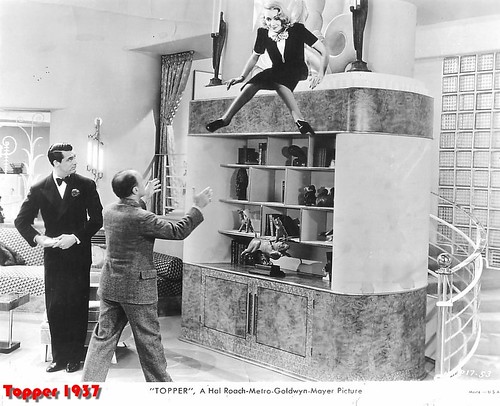 I’ve always watched old movies.  Always.  In the days before Turner or American Movie Classics on cable, or the treasure trove called Netflix, I’d scour the television listings to make sure I didn’t miss out on any of the gems being shown in the middle of the night/early morning (my sister and I got up one morning at 4:00 to watch “It Happened One Night”), after school (we’d race home to watch the Cary Grant-Deborah Kerr version of “An Affair to Remember”), or on weekend afternoons (B-movie heaven for films from the 1930’s). Dramas, gangster flicks, musicals, comedies, war, epics, I loved them all.  It seemed only natural that I was  considering a behind-the-scenes career in films before I decided that I would major in Home Ec (and we know how well that turned out).

I particularly loved the costuming in the films–especially films made during The War.  The designs were functionally simple yet feminine.  At the time, of course, I didn’t know or understand that the designers were limited by rationing and that they had to be rather creative in their costuming efforts.  All I knew was that they knew how to make a simple design seem incredibly glamorous and I wanted to wear those same kind of feminine dresses and early “power suits.”

The movies also introduced me to interior decorating styles that ranged from simple country farmhouse to opulent city penthouse.  My sensibilities were being formed–Victorian was often too heavy and dark even though I drawn to the architecture and the furniture.  I realized I really liked the functionalism of the Craftsman style houses with all of their built-in nooks and crannies.  Art Nouveau seemed too fussy and busy for me.  My breath was taken away by Art Deco and I would fantasize about the day when I, too, could surround myself with streamlined objects and architecture.

Flash forward to married life in New Jersey.  We start collecting beautifully designed everyday objects from the mid-century at flea markets: movie projectors, coffee pots, sewing patterns, costume jewelry, etc.  We don’t buy them for investment purposes.  We buy them because they are aesthetically pleasing to us.  We use these objects and enjoy them.

And then I stumbled upon Mrs. Bailey’s cookbook published in the 1930’s.  And I was intrigued by it.  And then I bought another vintage cookbook and then another and then a housekeeping book and…

And, well, before I know it, I’m writing a blog about how to be a modern retro woman.