You are here: Home / Technicolor Life / Inspired Life / Pyramid of Success: Friendship
Disclosure: Some of the links below are affiliate links, meaning, at no cost to you, I will earn a commission if you click through and make a purchase. Thank you for supporting ModernRetroWoman.com! 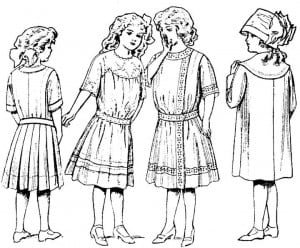 “Strive to build a team filled with camaraderie and respect: Comrades-in-arms.” ~John Wooden

When I was still an education professor, I would warn my students that there would be a time during the semester that they may not like me because I would be challenging them to grow and stretch their preconceived ideas about teaching and how students learn.  I assured them that it was okay to not like me but that I would still be there to help them succeed as students and teachers-in-the-making.  My goal was to create a community of learners–comrades-in-arms, if you will–who understood that all of us in the classroom were responsible for the learning that took place in it.  A couple of times I failed miserably at that goal and upon reflection it was because I was feeling insecure from being at a different university and sought my students’ approval instead of standing in my role as teacher and mentor.  Most of the time, however, our classes would be filled with an amazingly positive energy that filled me with awe and humility that I got to be part of the students’ learning process.

I think as women, we are at our weakest when we are trying to be liked.  We are such relational creatures that we view being non-liked as a character flaw that must be fixed and we become contortionists trying to be liked by everyone.  So much drama in our lives revolve around being liked and/or trying to make clear that we don’t like someone else (Junior High, anyone?).

What if we, instead, focused on that old-fashioned notion of being respected?  Including self-respect?  Respect has its foundation in one’s character.  And character is built upon holding a set of values and being true to them.  There are a lot of people with whom I disagree on various issues but I have such high respect for them that I treasure their friendships.

After the pattern making final exam last night, one of my favorite classmates and I were joking around and she commented that she is a slacker.  I told her to get away from me because I only let the cream of the crop hang out with me.  We were joking with each other but as I was thinking about it later, I realized that one of the reasons I don’t have a lot of “friendship drama” in my life is because I am judicious about who I hang out with and my friends truly are the cream of the crop.

I’m thinking that respect, including self-respect, is the foundation for amazing friendships.  Thoughts?