You are here: Home / Home Ec 101 / The Art of Homemaking / Save Money on Gas! Use Solar Energy!
Disclosure: Some of the links below are affiliate links, meaning, at no cost to you, I will earn a commission if you click through and make a purchase. Thank you for supporting ModernRetroWoman.com! 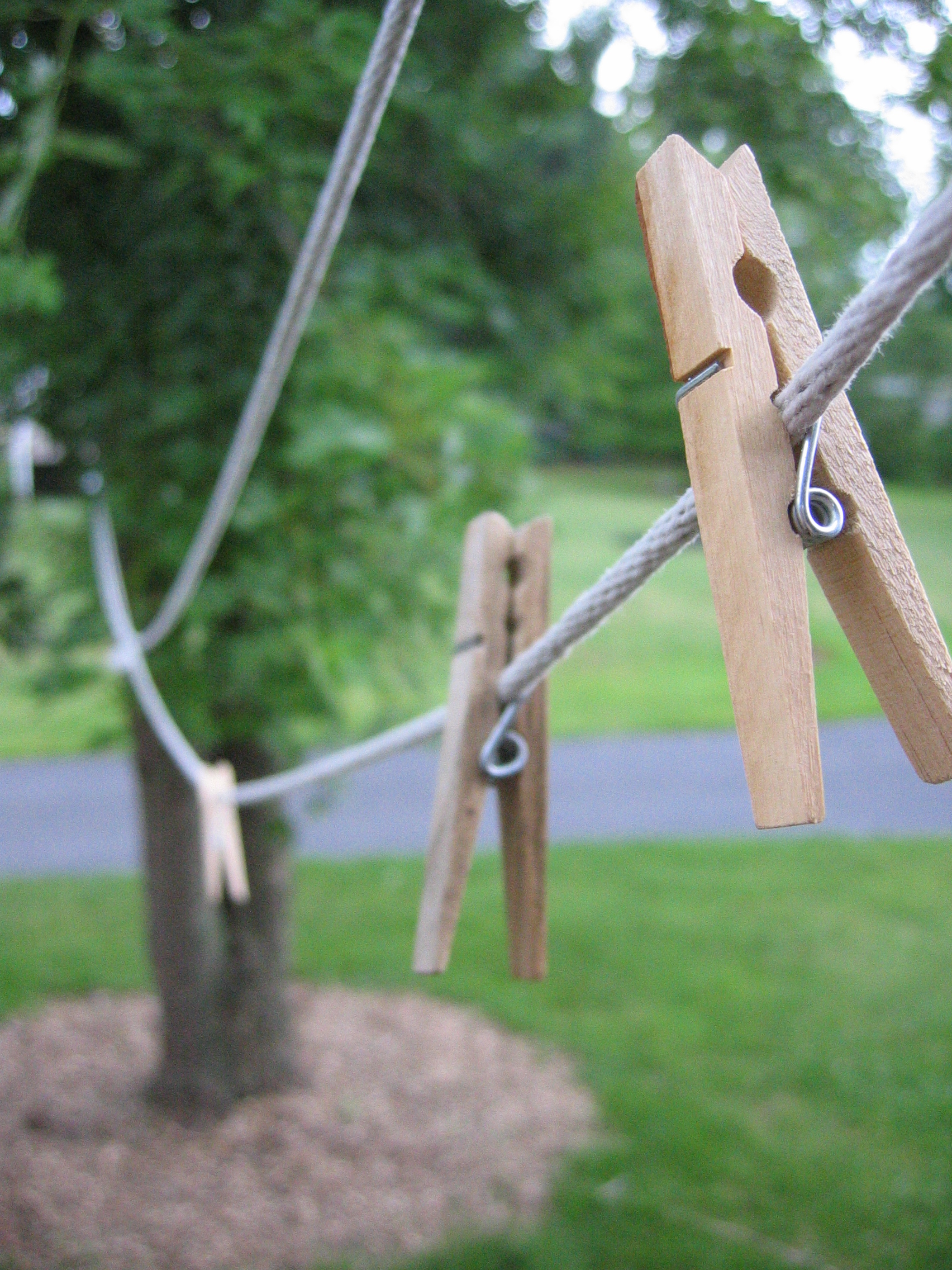 I received my gas bill yesterday. While it didn’t make me cringe like it did during the winter months when we lived in Northern Indiana and seemed to have “lake effect” snow every single day, it did make me stop and think about my laundry habits.

Because there are only two of us, we do maybe five or six loads of laundry each week and I start to get lazy and use the gas dryer instead of using the “solar energy dryer” (aka the clothesline). I mean, I try to convince myself, how much gas can the dryer really use? Well, at least $10 a month worth of gas, that’s how much. Over the course of a year, that adds up to $120 which could be spent on something a whole lot more enjoyable than laundry!

As I was hanging my towels on the line this morning, I was thinking about how grateful I am that I live in Southern California where I can hang my laundry outside year round and the laundry dries relatively quickly. I was also thinking about how lucky I am that I don’t live in one of those dreadful neighborhoods where clotheslines are banned. My understanding is that some homeowners associations ban clotheslines because they are afraid of how they will look. Are you kidding me? The people who make up those rules should have lived in my house in Indiana. My neighbor had a camouflage covered couch on his front porch and a pickup on blocks in his driveway. Compared to that, laundry hanging on a line in one’s backyard seems rather benign, don’t you think? As an aside, Trent over at The Simple Dollar posted about wanting to put a clothesline up. His post resulted in over 400 comments!

When I was a little girl, I used to love helping my grandmother hang clothes on the line. In hindsight, I’m not sure how much I was helping versus being in the way, but I remember how much I loved the slight scratchiness of her towels. Our towels at home, dried in a dryer, always had that fabric softener chemical smell (that they now try to masquerade as “Spring Fresh!”) and were fluffy. Who says that fluffy towels are better? I’ll tell you who: The fabric softener manufacturers! The truth is, using a gas dryer really shortens the life of fabric. Where do you think all of that lint comes from? It is what has been rubbed off of the fabric.

Until yesterday, I would hang clothes on the line for sentimental reasons or when I was feeling environmentally sensitive. My Honey’s favorite line of late is “waste not, want not.” After seeing my gas bill, I realize that I was wasting a lot of money on gas!