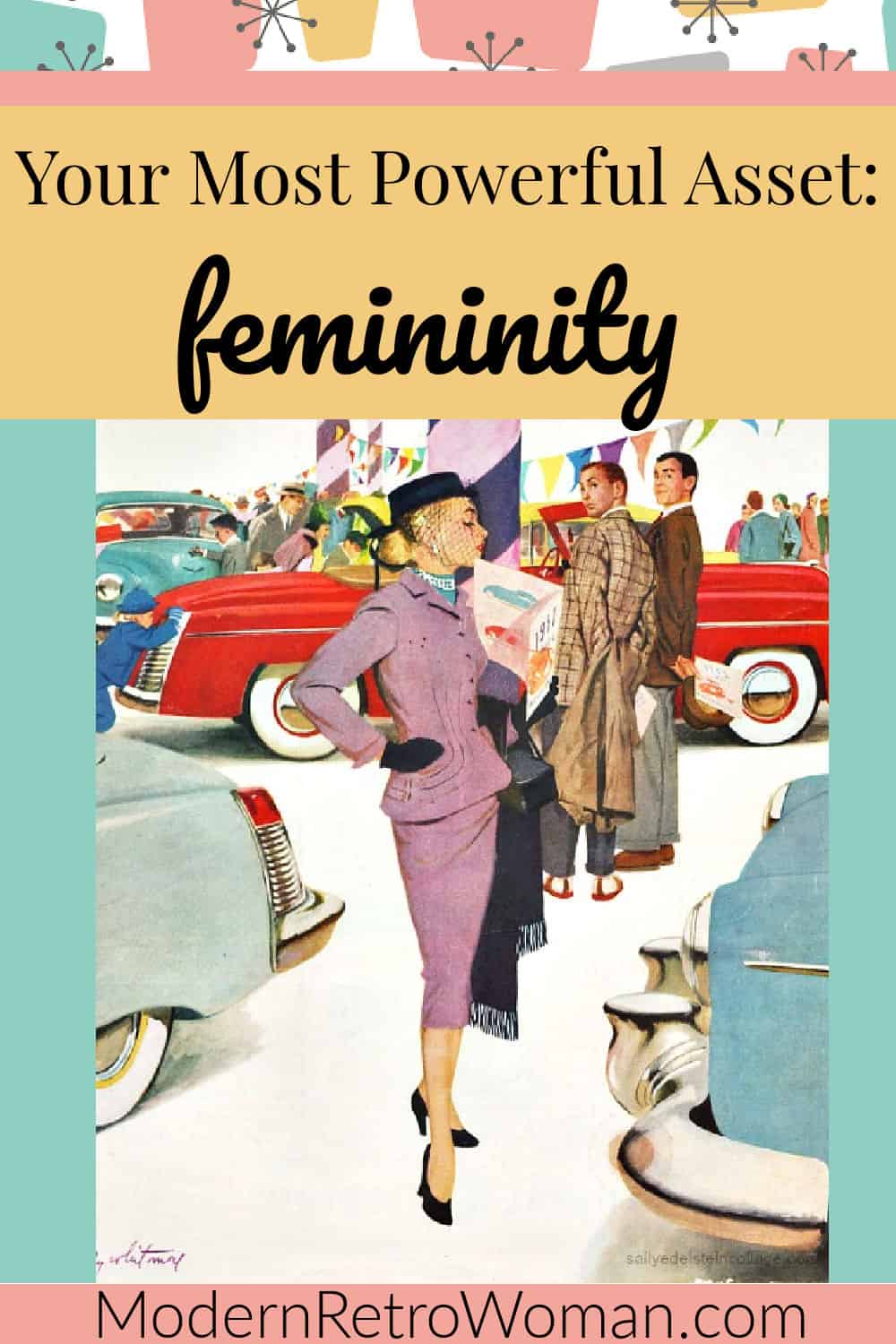 Nature has blessed you with your femininity.  That’s your first asset.  The mere fact that you were born a woman makes you something special.  Be proud of your femininity and make the most of it.  -John Roberts Powers, Secrets of Poise, Personality, and Model Beauty, 1961.

True confession time:  I love being a feminine woman.  I love all of the pots of potions that sit on my dresser.  I love wearing perfume, makeup, and pretty clothes.  All of the accoutrements of being a feminine woman make me feel special.  And, I wholeheartedly agree when Mr. Powers says, above, that being feminine is your most powerful asset.  Unfortunately, too many women don’t understand how to draw power from their femininity.

The Rise of the Fake Man

A major misconception of our modern culture is mistaking femininity with weakness.  Masculinity is considered strong while people often equate femininity as powerlessness.  As a result, women are encouraged to adopt masculine styles and behaviors.  And, in their desire to be successful, women follow the advice to be a fake man.  But, END_OF_DOCUMENT_TOKEN_TO_BE_REPLACED 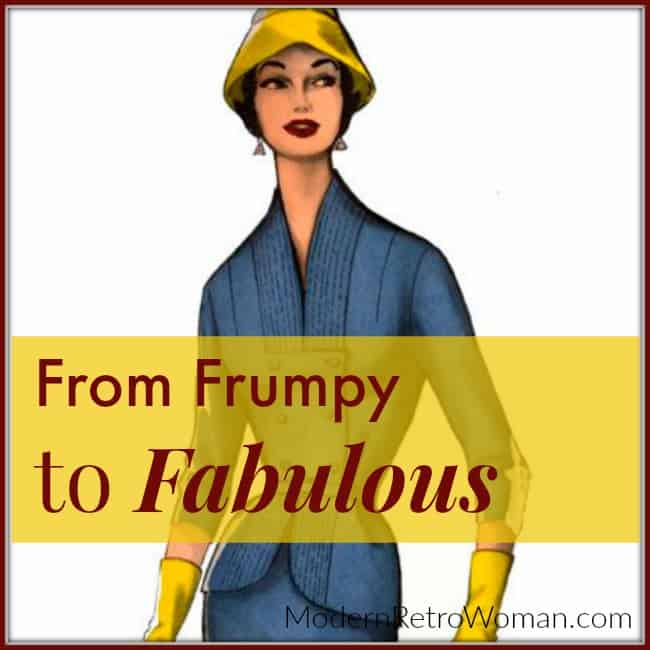 You can wear a larger variety of lines in your clothes than any other figure type; but remember that while your hips are not wide compared to the rest of figure, neither are they narrow. ~ Emmi Cotten (Clothes Make Magic, 1949)

Do you have a coveted “hourglass figure?”  Generally speaking, a woman with an hourglass figure has similar bust and hip measurements with a waist that is about 10″ smaller.  It is called an “hourglass figure” because it resembles…wait for it…an old fashioned hourglass.  I know.  Crazy, right?

Though the hourglass figure has taken on almost mythical proportions, if we aren’t careful, we can end up looking rather frumpy.  The focus of this blog post is to take us from frumpy to fabulous!

Why We May Look Frumpy With an Hourglass Figure

There are lots of ways we can end up looking frumpy if we aren’t careful: END_OF_DOCUMENT_TOKEN_TO_BE_REPLACED 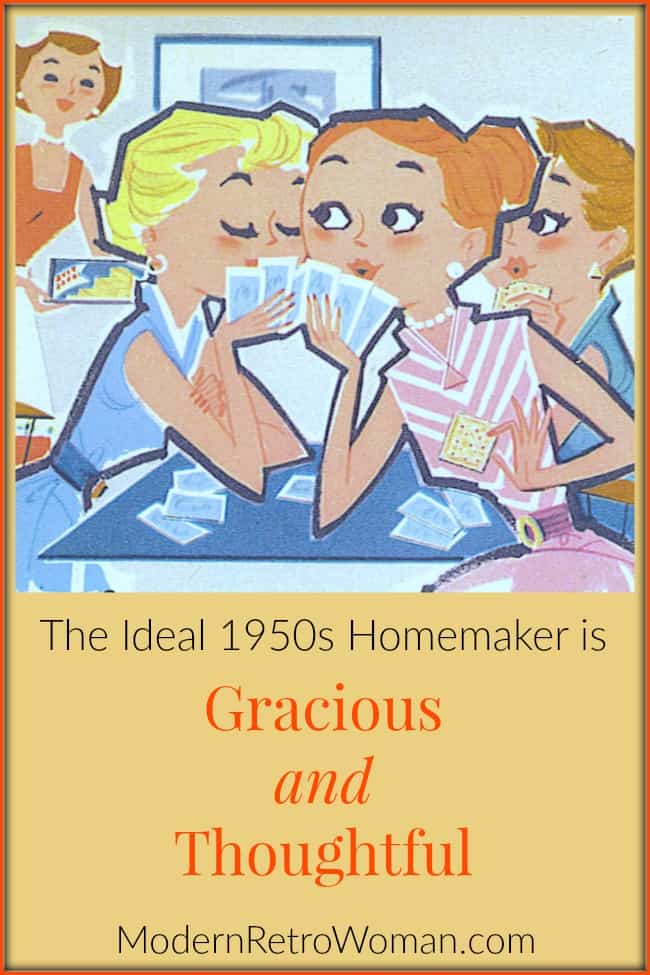 An ideal homemaker is lovely to look at and lovely to be around…She is gracious and thoughtful and is consequently adored by her family and admired by all who know her. ~Daryl V. Hoole, The Art of Homemaking (1967)

Is it just me?  Or does it seem like people feel more comfortable being mean and snarky than they used to be?  It’s as if everyone suddenly got an attitude adjustment in the wrong direction.

Maybe I shouldn’t write this while recovering from a concussion and my thoughts are still a bit scrambled but I am going to anyway.  Why?  Because END_OF_DOCUMENT_TOKEN_TO_BE_REPLACED 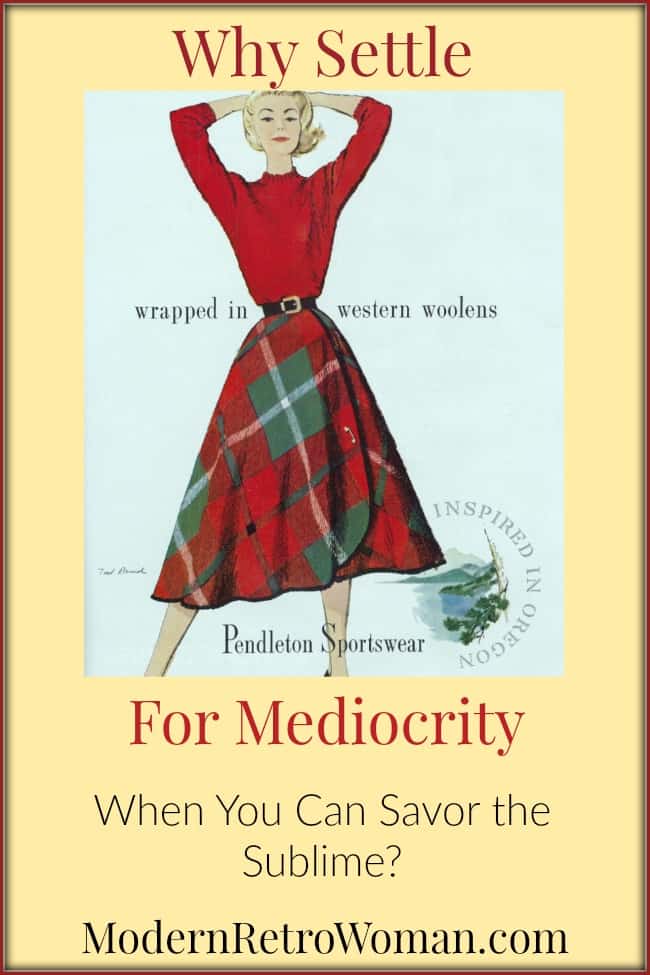 Why settle for mediocrity

when you can savor the sublime?

I’ve been thinking about mediocrity a lot lately.  It seems to me that we’ve slipped into mediocrity as a culture.  Now, that may be okay for some people but I’m taking a stand in favor of beauty and excellence.

When I was in graduate school twenty years ago, I had the above quote about mediocrity as part of my email signature.  Sometimes people commented about it and told me that it was thought provoking.  More often than not, though, I was told that my mantra was refreshing in an era when decorum and excellence were rapidly disappearing.  Little did we know then what it would be like today.

I think there are some reasons we slipped into mediocrity:

Overcoming Mediocrity by Savoring the Sublime

The word sublime can be defined as something that is awe inspiring or outstanding.  It can also mean taking something inferior and turning it into something of value.

Using that definition, we can overcome mediocrity in our lives by focusing on excellence in all things.  Some ways we can achieve excellence are:

During the post World War II period, we were filled with the “can do” spirit and believed we could accomplish anything we wanted.  Heck, we even put a man on the moon!

As a modern retro woman, I am choosing to re-embrace that spirit of excellence that permeated our culture.  I refuse to settle for mediocrity when I can savor the sublime.

Your turn: In the comments, please share how you plan on overcoming mediocrity that has crept into your life.

To your fabulously sublime Technicolor life,