You are here: Home / Charm School / Glamorous Lifestyle Project / You Speak…But Do They Listen?
Disclosure: Some of the links below are affiliate links, meaning, at no cost to you, I will earn a commission if you click through and make a purchase. Thank you for supporting ModernRetroWoman.com! 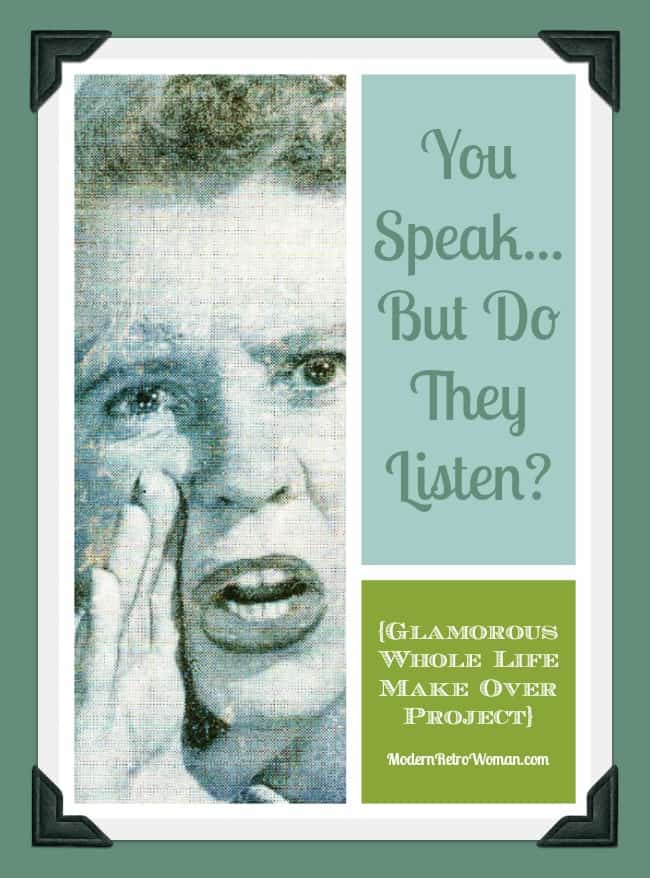 When The Mister picked me up from work yesterday, a professor that I know made a quip about wishing he had a personal driver, too.  I laughed and responded that it is “totally awesome” having a driver.  When I finished getting in the car, The Mister asked me if I had just really said “totally awesome.”  I told him that I had and that I a wee bit mortified about it.  You see, Valspeak (as in “Valley Girls”) is my native dialect.  Unfortunately, when I slip up and use it, I’m not taken very seriously because of the all of the stereotypes associated with it.

For our awareness exercise this week, we are going to focus on our speech.  As you go about your week notice three aspects of your speech:

How we speak has a profound impact on whether people listen to us or not. It is why Hollywood studios spent so time teaching their actors diction and the Mid-Atlantic accent so that they would sound like they had gone to upper crust boarding schools.  For me, I had to lose the upspeak in order to pursue a career in a male dominated field.

This week notice if when you talk…do people listen?